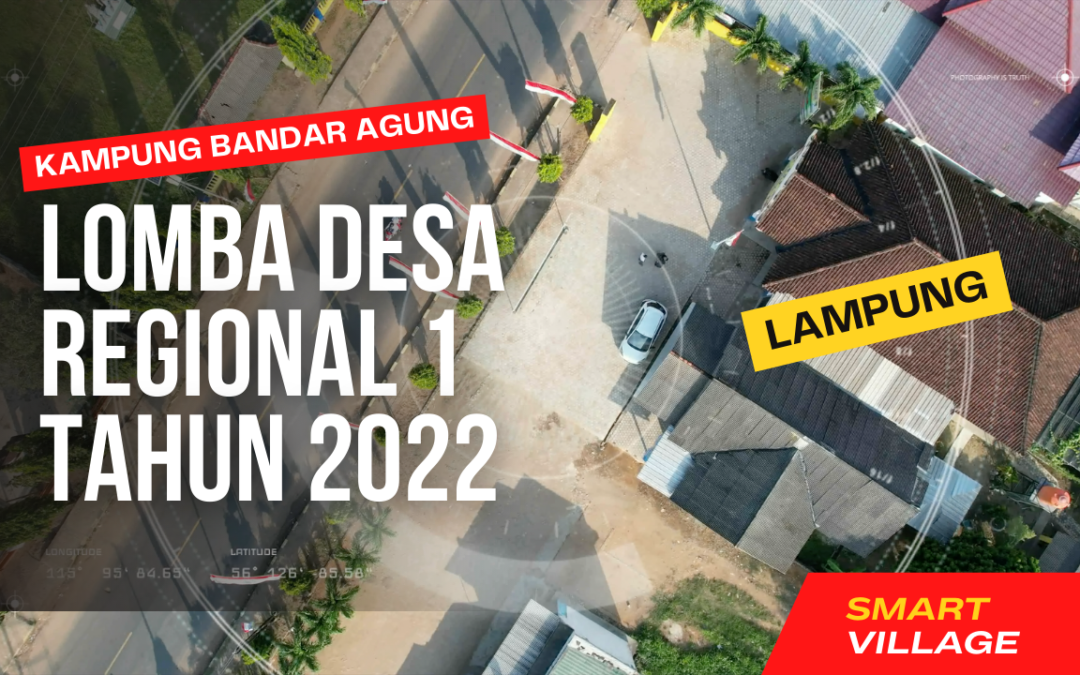 Bandar Agung Village make another achievement which makes the province of Lampung proud again because of that achievement. Become the first winner in the village competition at the district area deliver Bandar Agung Vilage take part in a bigger competition, organized by the Ministry of Home Affairs in this year 2022.

In general point of view, related to what usually happens in the village, we can said that this vilage is defferent than other village in general. This village provides services with the quality as good as quality service we ussually received from the city government, maybe better, or can be compared to the good performance of well-known private companies.

Of course we are curious of what kind of service has been delivered by this village Bandar Agung? This village fully implements the smart village program launched by the Lampung provincial government. Implementing digital and online-based public administration and services which is integrated in one online application service.

To get correspondence services, residents can apply via smartphone and will receive a notification to pick up the printed letter. At the village office, an independent platform is also prepared for residents who want to do it independently. The latest innovation implemented in Bandar Agung is community service at the Neighbourhood (Rukun Tetangga/RT) level which is directly served digitally at the RT head’s house by using a smartphone and taping an ID card, so that this will bring the village government services closer to its citizens.

In the implementation of the village information system, it also records data in real time, in the form of the location of houses, the number of small and medium-scale businesses (SMEs), the number of poor people, the number of residents based on age and gender, the latest voter list data based on E-KTP and much more. All of these records form a solid village digital data so that it becomes a complete, valid, reliable and up-to-date village data base.

In running the government, the head of village works together with other village institutions such as the Village Community Empowerment Agency, PKK, youth organizations, village security agency (Linmas), community leaders, religious leaders, traditional leaders, youth leaders, religious organization (risma), and others to jointly build Bandar Agung village both in infrastructure, economy, and human resources. Each component contributes and plays an active role in good, transparent, accountable and reliable governance.Now we can see clearly what happened to the village of Bandar Agung, a long process that they have gone through well and full of confidence, and at the end of the story vilage government finally successfully delivered best servicess for its community, We believe this can be a valuable lesson, and we will also get a beautiful ending “advanced village, prosperous independent, integrated servicess digital-based”.